About Us: Our History 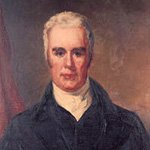 The cemetery land was originally part of the Hampton estate of Charles Ridgely. In 1831 this land became part of “Epsom,” the Chew family estate. When Harriett Chew died, 14 acres between York Road and Dulaney Valley Road passed to her son Benjamin Chew. In 1886, Benjamin Chew bequeathed the property to his niece, Anna Grason.

In 1890 Anna Grason and her husband, William, sold the property to John and Henry Longnecker on the condition that it continue to be used as a cemetery. This is the first deed reference to the existence of the cemetery, but the Chew family may have used the land for burials as early as 1856. The Longneckers were publishers of the Union News in Towson.

Irwin and Ethel Brown Huber acquired the property in 1941, under the corporate name of Prospect Hill Park Cemetery. The Hubers established the first register of interments. In the mid-1950s, the Hubers sold acreage along Dulaney Valley Road that did not contain gravesites. This is the site of the current Dulaney Valley Plaza shopping center. The remaining acreage was purchased by Scott Brooks in 1957, followed by Charles Budrewski in the 1970s, who developed the office building at the north end of the property. The current six-acre burial ground remained.

By 1984, the cemetery had fallen into a state of disrepair. A group of Towson families, led by Dr. Robert Parker, James Campbell and Carroll Klingelhofer, formed a non-profit corporation that purchased the cemetery for $2,500. To explain the new corporate structure of the cemetery and to encourage funding of the on-going work of maintaining the property, the group conducted public meetings, which were advertised in the local press and through the Towson churches. Families came forth to join the group’s effort to restore this final resting place of their loved ones to its original dignity and beauty.

Since 1984, the ownership and governing structure of Prospect Hill Cemetery has been as a not-for-profit business. The corporate board is comprised solely of volunteers who manage the property and run the active cemetery business. The sole purpose of the corporation is to sell lots, conduct burials, maintain the grounds and preserve this historic place of rest for future generations. Tax-deductible donations to maintain the cemetery (primarily landscape maintenance, grass cutting and snow removal) are raised annually from interested family members in 24 states, from those interested in the cemetery as a local historical site, and people interested in preserving these six acres of open space in the commercial core of Towson.

More than 3,000 people are buried in Prospect Hill Cemetery, and some 300 gravesites remain available for purchase, Cremation lots are available for $1,000 and traditional ground burial lots for $2,000. Funds generated by the sale of lots are invested for future maintenance needs.

The articles of incorporation of the current corporation ensure that Prospect Hill will always remain a non-profit cemetery. In addition, the designation of the cemetery as a Baltimore County Historical Site reinforces the intent of the board of directors that Prospect Hill will remain hallowed ground as the final resting place of our community’s past and future generations.